The highest tuberculosis mortality is shown in suburban districts, deprived of sanitary facilities, characterized by living in overcrowded, one-room premises - writes Dr. Wincenty Bogucki, president of the Warsaw Anti-Tuberculosis Society in an article published in 1924 in Miesięcznik Zdrowie 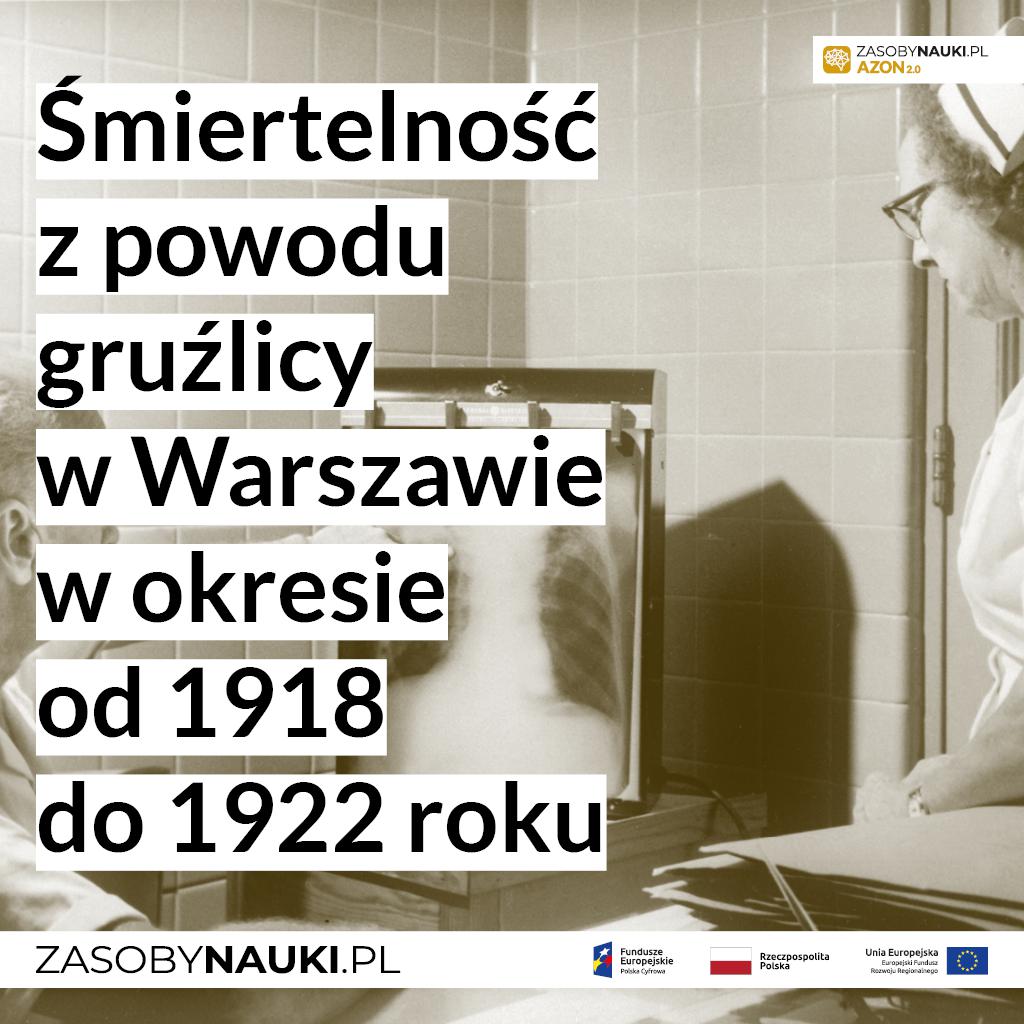 Dr Wincenty Bogucki (1871-1929) was a Polish and Russian doctor, but also a politician, president of Odessa, deputy minister of internal affairs of the Russian Provisional Government and major of the health service of the Polish Army. He also headed the health department of the city of Warsaw, led, inter alia, to the establishment of the Institute of Hygiene. From 1927 until his death, he was the vice-president of Warsaw.

His work on mortality in Warsaw due to tuberculosis in 1918-1922 was deposited on the AZON platform, in the collection of the Medical University in Wrocław.
https://zasobynauki.pl/zasoby/smiertelnosc-z-powodu-gruzlicy-w-warszawie-w-okresie-od-1918-do-1922-roku,30594/#

03-01-2023 We should start with a balanced, rational diet. Conversation with prof. Monika Bronkowska