29 years ago, on May 10, 1992, Andrzej Waligórski, actor, poet, satirist, journalist and longtime collaborator of Polish Radio, died. In Wrocław, a gymnasium and a street in the southern part of the city are named after him. 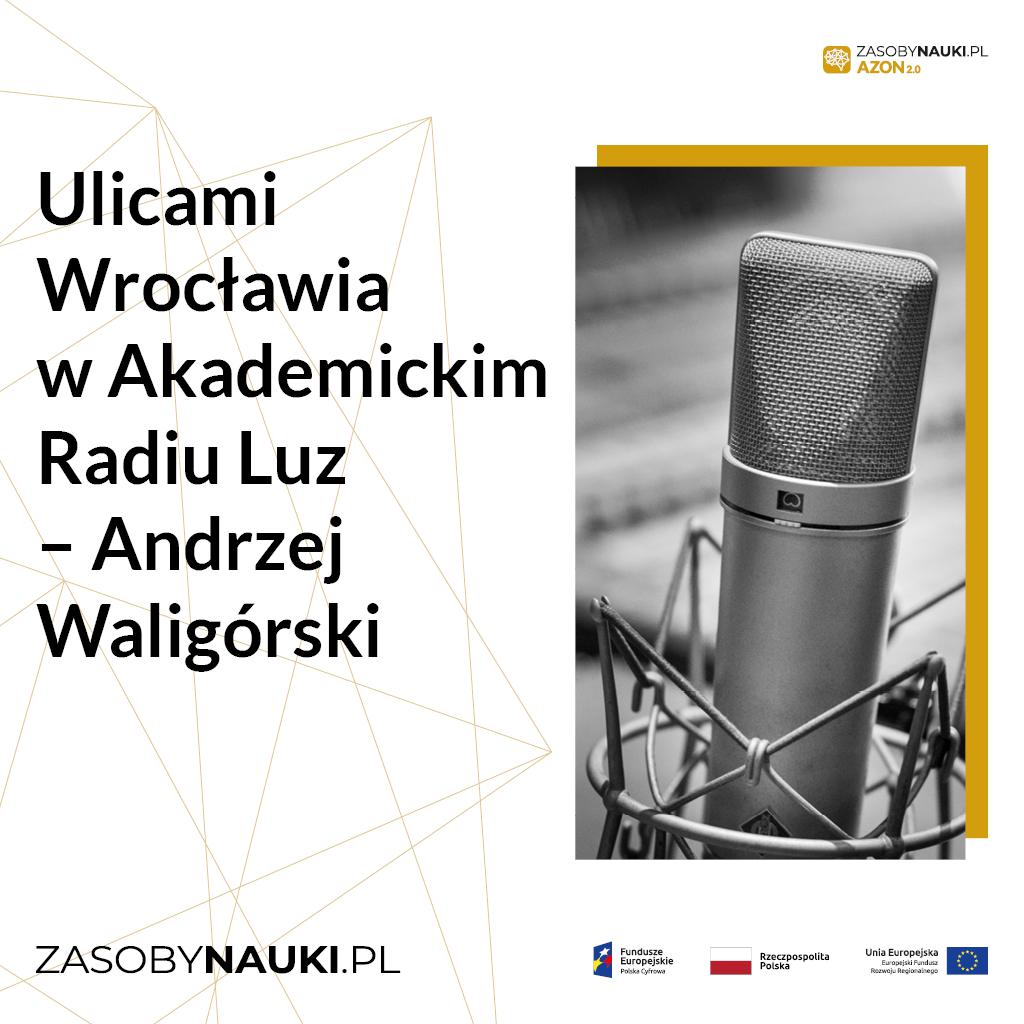 At the end of 1956, a group of the station's employees and collaborators gathered in the building of the Polish Radio in Wrocław. The meeting of the radio broadcasters resulted in the creation of a cult program, named Studio 202 after the number of the room in which the meeting was held. The initiator of the meeting was 30-year-old Andrzej Waligórski.

At Studio 202, Waligórski promoted the popular Kabaret Elita, and with time he became closer to it. He was the author of poems, essays and radio dramas. He wrote lyrics to over a thousand songs, and Kazik Staszewski also recorded the famous "Ballade about Cysorzu". He is known, among others from the three series "Repetition of entertainment" and "60 minutes per hour".

The most popular were his works about Dreptak, a hero who is the embodiment of the average Pole and his mentality, or the radio play "Knights", which is a parody of Sienkiewicz's Trilogy. Waligórski liked to mock the reality around us and ridicule our national characteristics.

Extremely sociable, his house in Krzyki attracted many guests. Regular visitors were, among others Piotr Fronczewski, and the late Marek Grechuta and Zbigniew Cybulski.

He died suddenly, on May 10, 1992, of a heart attack. He was 66 years old. He became the patron of the Wrocław Middle School number 16 and the street stretching along the South Park, connecting Ślężna and Sudecka streets with Karkonoska street. It is not far from there to the seat of the regional branch of Polish Radio, where he worked for many years.

The academic Radio Luz dedicated to Waligórski an episode of the series "Streets of Wrocław, a weekly meeting with patrons of Wrocław streets". The broadcast was deposited on the AZON platform.