The sites for the establishment of a manor or palace and farm complex were chosen very carefully, carefully analyzing the topography. The buildings were thought out and refined both in terms of the structure, the used building material and the proposed interior solutions - writes Renata Gubańska in the monograph "Buildings and structures of Lower Silesian farms". Published in 2009 by the Publishing House of the University of Life Sciences in Wrocław, the work has been deposited on the AZON Platform. 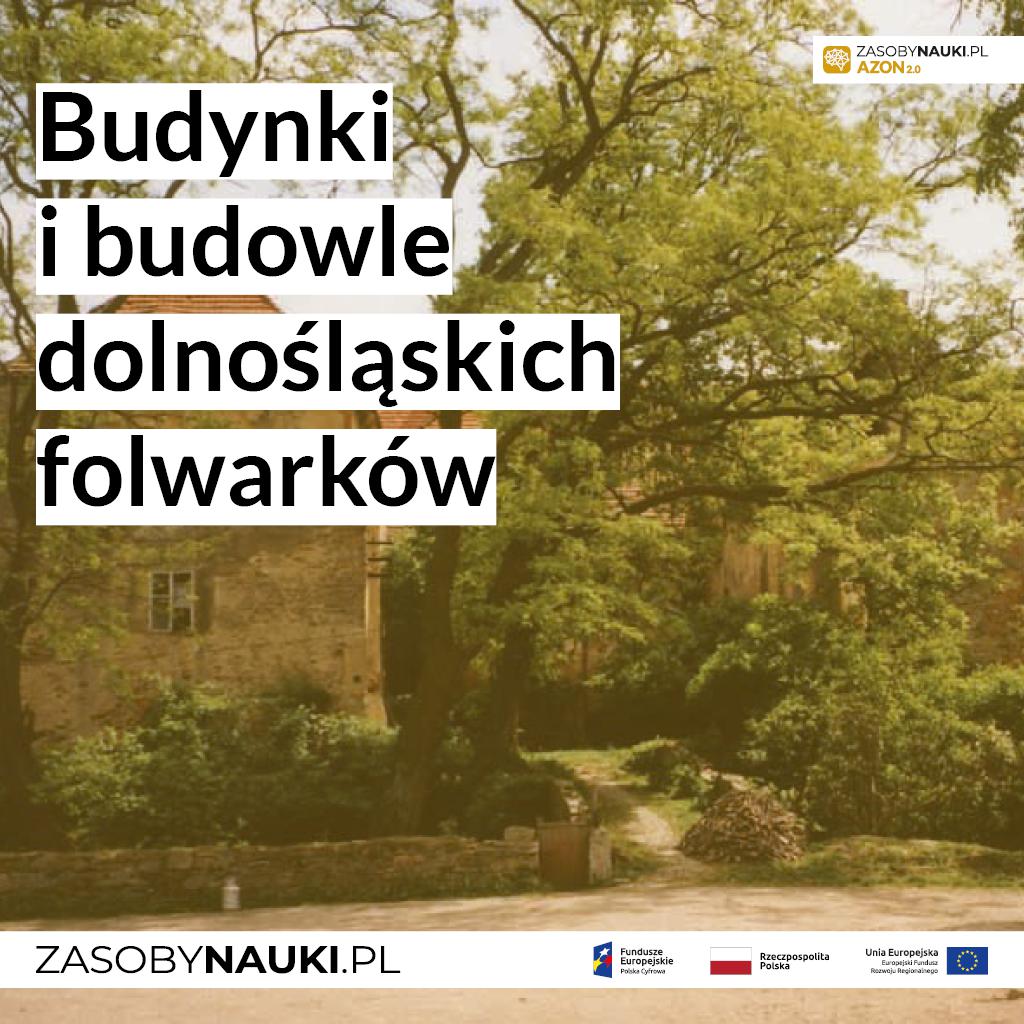 The author of the monograph has observed over 100 residential and farm complexes. She made a detailed photographic and drawing documentation of both individual buildings and entire spatial compositions.

Magnate or noble residences, such as palaces or manors, along with economic facilities, were shaped over the centuries, and they flourished in the nineteenth century, writes Renata Gubańska. He emphasizes that the designers of the manor or palace and manor complex aimed at making the compositions of farm buildings, a residential residence and garden and park complexes complementary structures.

Renata Gubańska describes in detail what the manors in Lower Silesia looked like. Their main parts were unchanged: a porch located in front of the main entrance (it protected the entrance door from rain), a spacious hall that was a hall. The largest room in the manor was designed to receive guests. Directly adjacent to it was a dining room of similar size. There was a cupboard between the dining room and the kitchen. The owner's office, as a rule, had a separate entrance, and its windows should face the farm yard in order to control the work taking place there. Attempts were made to place sleeping rooms between other rooms due to the easier keeping of heat in them. Efforts were also made to cover the western and northern parts of the building with a forest, park or even an orchard (protection against wind and possible drafts).

There were two types of outbuildings in larger estates: kitchen and apprentice. A laundry room was usually located near the kitchen, thanks to which one water intake and a common chimney were used. Attempts were made to locate the bathroom in such a place that it was possible to use clean, hot water heated in the kitchen boiler without any problems, while the dirty water was released directly into the yard through a pipe going under the floor.

In the area of ​​richer estates, the landowner built a separate house for the administrator of his estates. It happened that some administrators' houses looked more like palaces than houses of economists - writes the author. Flats for farm workers were usually a separate colony of houses. They were often placed around separate courtyards, where in the back there were utility cells for pigsties, henhouses or a wood storage.

In the palace and manor complex, utility buildings were designed that allowed for the efficient functioning of the manor farms. Renata Grubińska mentions rooms for baking bread (the so-called bakeries), dairies and ice-houses. Stables were built in the immediate vicinity of the house. As a rule, the site was chosen on a slight hill to avoid problems with moisture. Due to the fact that the temperature in the interior should not drop below + 7 ° C, and it should be cool in summer, efforts were made to face the façades with the door openings to the south or to the east. At each well-designed stable, there were separate rooms for storing harnesses and for horses, as well as small rooms serving as bedrooms for the horses. The stable buildings were distinguished by carefully designed architecture, sometimes with a very rich architectural detail.

All farm buildings on the farms were carefully designed. Renata Gubańska describes what the properly furnished henhouses, granaries (should have access to the right amount of light and clean air), coach houses (they were located on the north side, so that on hot days it would not be too hot and dry), sugar factories, starch shops, or breweries.

The author devotes an extensive chapter to gardens. "Shaping gardens and parks has become a kind of field of art in which gardening, architecture, and even painting and, to some extent, poetry meet and intertwine" - writes Renata Gubańska. “Former landowners, from the 16th century, established gardens, and later more common parks with great care and precision. (...) Until the end of the 19th century, conservatories of various sizes, frames, aviaries, and game parks were an integral part of garden and park complexes, ”he emphasizes.

The fate of Lower Silesian farms was brutally changed by World War II. After 1945, the vast majority of them were taken over by the State Farms, only a few were turned into social care and treatment facilities. Since then, their gradual, systematic degradation has taken place, "the cure for which is only someone's patronage under the careful care of conservation. In fact, both are missing, 'regrets the author of the monograph.

• Monograph "Buildings and structures of Lower Silesian farms" on the AZON Platform: https://zasobynauki.pl/zasoby/budynki-i-budowle-dolnoslaskich-folwarkow,22914/